The new generation of electric vehicles offer a great opportunity to accelerate the development of smart interiors. Mike Farish reports on the application of new technologies and materials

Just last September Yanfeng Automotive Interiors unveiled a concept car it calls the XiM21 – Experience in Motion 2021 – intended to demonstrate the range and sophistication of the technologies it can now supply to vehicle makers to attain the goal of a ‘Smart Cabin’. A key element is the extent to which information is displayed and interaction between vehicle systems and occupants takes place, not via conventional screens and switches but by what previously would have been inert surfaces. A simple finger push on an arm rest, for instance, causes all the control icons for movement of the adjacent seat to appear. As Han Hendriks confirms: “We have seamlessly integrated these buttons with the surfaces.”

Hendriks, who is based Neuss in Germany, is chief technology officer for Yanfeng Technology, an operation within the wider company, announced in September 2019, that integrates all R&D activities in interiors, seats, electronics, safety and exteriors. He explains that integration of its internal activities is regarded by the company as necessary for it to achieve the integration of in-vehicle systems that will enable it to create the “interiors of the future” in which “digital capabilities will supersede purely physical ones and all surfaces will be smart.”

Nevertheless, Hendriks adds that in reality the company recognised the need to refocus itself in order to meet changing demands from the market much earlier, maybe “four to five years ago”. A major reason, he says, is simply that the OEMs are facing a series of challenges of their own concerning fundamental vehicle systems that mean that suppliers of interiors need to be more proactive and imaginative than was previously the case. As he puts it “there is more leeway for innovation.”

Perhaps the prime example, indicates Hendriks, derives from the increasing emphasis on the development of electric vehicles (EVs). As he explains, that in turn creates a major opportunity for suppliers of interior systems simply because of the fact that EVs have no need for the bulky transmission tunnel carrying the drivetrain through the cabin that is a common feature of internal combustion engine (ICE) vehicles. “A flat floor offers lots of possibilities,” he observes.

How that potential and others will be exploited remains to be seen. Hendriks indicates that it will certainly involve intense use of one particular material – graphene – which is vital to the creation of smart surfaces. There will also be increasing use of additive manufacturing techniques. He confirms that Yanfeng is intensively exploring the use of “3D printing in both polymers and metals” for cabin components and that prototypes of intended final parts “already exist.”

But the key thing about the XiM21 concept vehicle, Hendriks stresses, is that unlike its XiM20 predecessor from 12 months earlier, which was much more futuristic, it contains only technologies that are available now. Everything it contains, he states, is either already being integrated into vehicles that are under development now for introduction to the market within the next couple of years or is ready and waiting for OEMs to pick up on.

Watch Han Hendriks demonstrating the available technologies in the XiM21 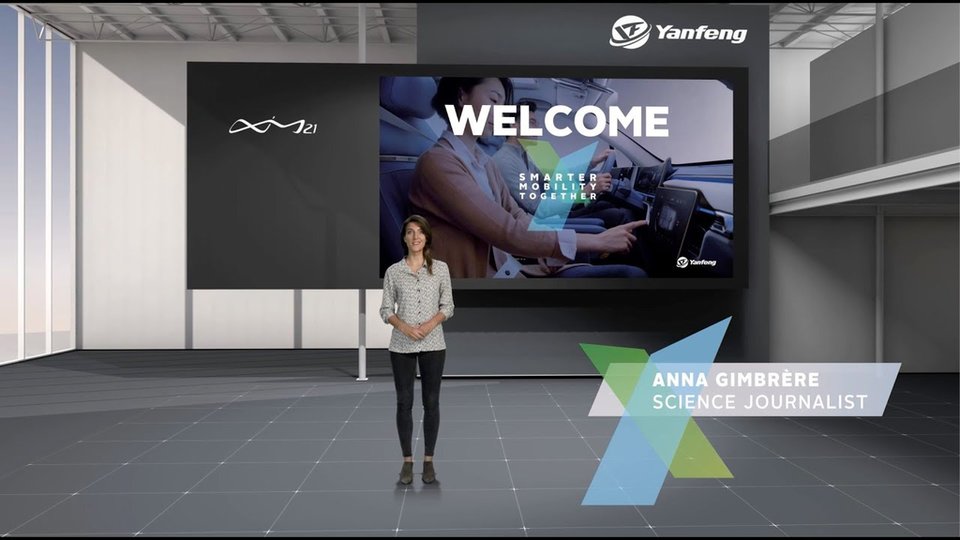