Charging ahead – preparing for the UK’s first gigafactory

For this podcast AMS interviewed Britishvolt’s CIO, David Threlfall to talk about progress with the gigafactory, developing the digital infrastructure for production and building in sustainable and flexible processes.

In December 2020 Britishvolt announced it had selected a site in Northumberland in the Northeast of the UK to be the location of its gigafactory for cell production. Since then, the company has been using the latest digital tools to plan its production operations as well as developing its battery technology.

The company has also made acquisitions and formed major partnerships to bring in the necessary competences and processes as it builds up to start of production. These include the acquisition of EAS, the German-based advanced technology battery cell manufacturer, which will support Britishvolt’s new partnerships with high-performance OEMs Aston Martin and Lotus.

Other partnerships include working with WMG, University of Warwick, to ramp up UK electric vehicle battery production and developing a battery recycling ecosystem in the UK with Glencore 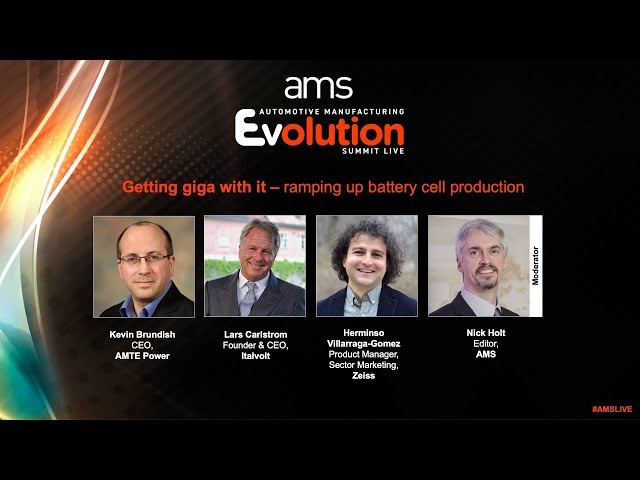