Porsche: Inside the Macan paintshop

During our recent AMS Livestream on developing and operating more sustainable, flexible paintshops, Henning Steinborn, head of paintshop and Klaus Koberg, who is head of paintshop Maintenance, both from Porsche’s Leipzig plant, offered some insights into how the premium vehicle maker has developed its paint operations. Nick Holt reports

Sustainability is now a key driver in developing automotive manufacturing processes and nowhere is this more important than in paintshop operations. While the work to improve efficiency and reduce costs is a continuous process much of the focus is on the development and implementation of sustainable strategies, including waste management, reduction of energy consumption and the use of more sustainable materials. And if sustainability is a driver, then digitalisation is an important enabler.

Having been in operation since 2002 the Leipzig plant now produces the Panamera and Macan models (with the Macan Electric variant coming in 2023) with an output of more than 100,000 units a year. Henning Steinborn notes that the current paintshop was installed at Leipzig eight years ago to coincide with start of production of the Macan. Part of that installation is an EcoDryScrubber, used to remove all the overspray from the air circulating in the paintshop. This utilises a limestone rock powder to filter the circulating air and capture the overspray. Once it reaches a saturation point the limestone is then recycled in other applications, minimising the waste. “That was state-of-the-art eight years ago but still meets our requirements and is still a very good system for us,” says Steinborn.

He points to a more recent upgrade that has proved beneficial. “This year we introduced an automatic defect detection system in our paintshop, located just before the final inspection area, which has gone online this summer. It is a good example of digitalisation, which is working very well.”

These are just two examples of systems to support sustainability and improve quality and efficiency, but the approach to introducing new technologies is in the paintshop is certainly pragmatic and considered. Steinborn explains: "Our overall strategy at Leipzig is to look at everything, at all the processes, starting from front to back. It is not something that we have a strategic outlook on or have big strategic projects planned. It is more of a continuous improvement approach, to look at energy consumption, waste, renewable energy sources, etc.”

Klaus Koberg adds: “These sustainability projects do not have any impact on cycle times, they are focused on reducing energy consumption and waste reducing. It is part of our continuous improvement approach, so each year we are working on different items. Over the last eight years we have reduced energy consumption by 10%.”

Machine data is proving increasingly useful around predictive maintenance data helping to mitigate against unplanned downtime or bottlenecks. “We are starting to look into this. There are a few good systems that we have started looking into, but it is not something we use on an overall basis in all areas of the paintshop,” says Steinborn. “The first couple of areas that we have started to use this is to monitor vibrations on pumps to see whether there is any abnormality, and conveyor systems as well. But we are still at the start of this journey,” he adds.

Another part of the continuous progress approach includes quality control, something that is a top priority in the paint process. As mentioned earlier, the team at Leipzig recently installed an automated defect detection system in the paintshop.

“There are two basic ways that this system can work. One is a static system with the cameras mounted in a tunnel, which take pictures of the paint surface. The second, which we use, is a bit more complicated with two seven-axis robots that can move alongside the body shell. Along with the cameras is a light source, which puts light patterns on the surface. With this system we take a picture of the vehicle body every two and a half millimetres, which is roughly 100,000 per body shell in a 72 second cycle time. The analysis of the images takes another 30 seconds to then show us not only where we have a defect but also identifying the type of defect, a pinhole, a dent, a run, etc. We can then communicate this information to our workers via their screens, in the inspection light tunnels further in the process,” explains Steinborn.

He notes: “It has taken six months to get it up and running for our current models with a small team of four people at the plant, working on that together with our supplier, which worked very well. We have now had this system up and running for the for two months, and so far, it is proving to be a very good and reliable system. Also, we are starting to use this data to go into the process steps before the actual defect detection to look at where the defects are originating.”

Asked about any differences in painting the new generation of electric vehicles that are starting production, Steinborn says: “I personally do not see any big changes now, we are still working on material and application development, but I am not sure I see the imminent need to have a big step change in any given area. I am sure the electric vehicles will have new requirements with regards to temperatures in certain areas of the vehicle to make sure that the e-coat, etc., is fully baked, but it is more an evolution than a revolution.”

Watch the process from Fraunhofer here: 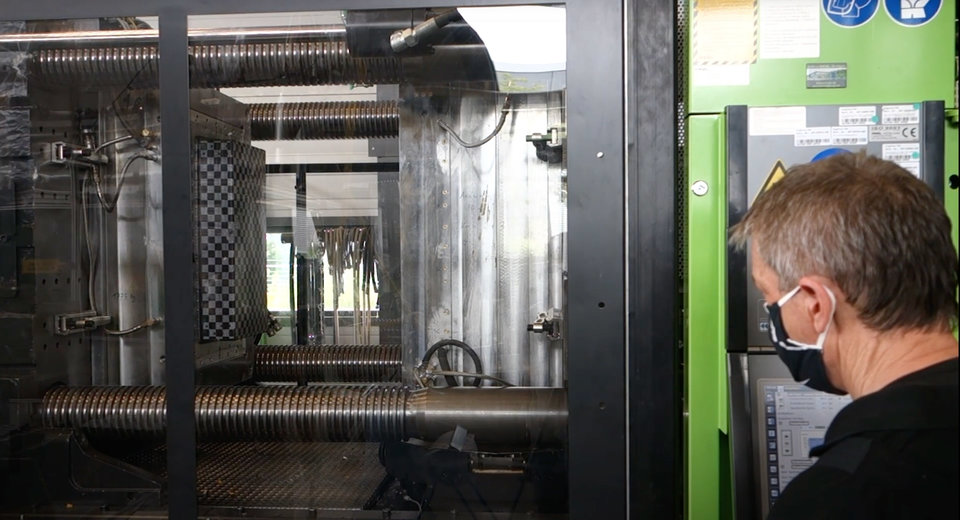 While we have done a lot of things in the last 20 years with trying to figure out how to get the right parts in the operator’s hands at the right time, in the right quantities, what we haven’t cracked, until now, is how to get these vehicles to have different takt times and still keep them synchronised – Frank Faga, Canoo

Many of these new models are using multi-material bodies to reduce weight, which must be taken into consideration in some areas of paintshop processes. Steinborn notes that they already see this issue with some of the current models. “We need to keep in mind that with the multi-mix vehicles, like our Panamera, which is running alongside the Macan, which is a full steel body, there is quite a substantial difference in heat expansion during our oven process. So that is one area where we have had to learn a lot over the last couple of years, and I think that will continue to be a challenge, to make ensure that, geometry wise, once the body shells leave the paintshop they are still what they are supposed to be.”

But the flat underbody of electric vehicles also offers the opportunity to use new technologies. Steinborn points to a new process that Porsche has introduced into its paintshops. "In the past, most bodies had to have the access holes covered with plugs that had to be manually applied by an associate on the line. We have now started using an automated process that applies round pads over the access holes, really. This is suited to electric cars because you do not have a gearbox cavity and so you have a very flat and accessible underbody area. That is one thing that we really see as a big change with regards to electric vehicles and opportunities for streamlining our processes.”

Some of the biggest challenges in making paintshops more sustainable can be around working with legacy infrastructure. Because of the high capital investment in building paintshops, they are designed to have a long service life.

Steinborn observes that with an established paintshop finding space for new technologies or adding capacity can be a challenge. "Once we build a paintshop we don’t plan in any spare areas, for future development if we want to make any substantial changes. And since we run five days a week, around the clock, there is not a lot of time to do any infrastructure changes. So, we look to make smaller improvements that are simpler and quicker to implement.”

Simulation tools such as digital twins can be used to support these developments, minimising any disruption to the production flow. “We have used simulations for our new conveyor system, as we need to make sure that the takt time and the overall jobs per hour are still acceptable. We have also used simulations to analyse heat distortion on the new models. This allows us to simulate how the materials and the mixed materials react to different process temperatures,” says Steinborn. He adds that this approach is now being used on a very regular basis, with new projects and innovations coming along.

Another part of the continuous progress approach includes quality control, something that is a top priority in the paint process

The digitalisation of production processes is also enabling further automation of operations. Paintshops already see a high level of automation, but Steinborn see’s further opportunities in this area. “The development of the automated defect detection system has also opened the door to possibly automating rework operations, because with the 3D detection and the robot-based sensors, we can quite easily translate that into a rework instruction for a robot. So that is one area of innovation that we are looking at implementing.

“Another example would be inline thickness measurement of the paint structure. We are looking at using the seven-axis robots in the defect detection takt to change the sensors or add another additional sensor on top of that one to measure paint thickness from e-coat up to topcoat, then use that information to closely monitor the paint thickness and reduce it to the least possible amount.”

Steinborn adds that there is a need for a particular skill set to support and implement these types of innovations. “We need more digital, IT skills to meet every demand that we have. So that is one major step forward, to make sure that we have the right sort of qualification with regards to all the digital processes or automated processes, to make sure that they are up and running.

“However, we also need to ensure we have people who understand painting and have painted manually before. Automation is good but at the end of the day you need people with lots of experience.”