Getting the chemistry right

One area of electric vehicle battery technology that is growing in importance is chemistry. Mike Farish reports on two new developments that could significantly improve battery durability and recharge times

Chemistry will play a crucial role in optimising the performance attributes of electric vehicles, such as range, speed of recharging and duration of service. This area of EV battery development is opening up opportunities for new companies who are hoping their innovative technologies will enable them to become important partners for OEMs in the development of electric vehicles and, further down the line, major suppliers to the industry.

One such company is StoreDot based in Herzeliya, Israel. As CEO, Dr Doron Myersdorf confirms that the company – founded in 2012 and now employing around 120 people – is aiming squarely at improving one particular performance attribute of lithium-ion batteries for electric vehicles; the speed of recharging.

The objective is to develop batteries that for a typical ‘family’ car could be recharged from nearly flat to completely charged in just “five minutes”. The means of doing so will be, he says, through a mix of chemistry and nanotechnology to create a “holistic new battery technology with most of the innovation in the anode”.

StoreDot's innovation is focused on the use of silicon, with ‘lithiated nano silicon’ replacing graphite as the primary anode material. At the atomic level the disparity between the two materials in that application is stark. As Myersdorf explains, in graphite-based anodes six carbon atoms are required to hold a single lithium atom, but in a silicon-based anode those figures are nearly reversed with one silicon atom capable of holding four lithium atoms.

But to take advantage of that fact the company has had to exploit nanotechnology to create a material formulation that can not only provide the required capability but do so repeatedly.

“In our technology nano particles with an organic coating protection layer provide for thousands of charge cycles preventing problems that form with graphite-based counterparts,” Myersdorf confirms.

The basic technology involved originated in work at the University of Tel Aviv and has been in development by StoreDot for the last five years. It is already heavily protected with the company having secured no less than 52 patents by the beginning of this year with another 47 in process.

More significantly, it has attracted interest and financial support from some of the biggest names in both the battery and automotive manufacturing industries – the backers that have so far invested $130m into StoreDot include, both Samsung and TDK, and Daimler. Another is a company primarily associated with oil-based fuels BP.

Moving to the second-generation technology

Right now, says Myersdorf, StoreDot is transitioning from the first generation of its technology, which he admits is expensive because of the metalloids such as germanium used in the anode, to a second generation with a “silicon dominant anode”. “We aim to have a full form factor of the new version by the end of 2021,” he states. That will, he continues, take the form of a “20Ah cell that can be integrated into an EV battery pack.”

StoreDot has attracted interest and support from some of the biggest names in both the battery and automotive manufacturing industries, including Samsung, TDK and Daimler

In Vancouver, Canada, another small company aiming to become a major force in the development of new battery technologies for EVs is Nano One Materials, founded in 2011 and now employing 30 people. CEO Dan Blondal confirms it too is aiming to utilise nano scale chemical engineering but in this instance to create a type of battery in which a more general characteristic rather than a specific performance parameter is optimised. The aim of this is “durability”, the ability of a battery to maintain a high level of efficiency in terms of its electrical performance over an extended sequence of charge and discharge cycles.

The relative lack of such durability is, Blondal explains, an acknowledged weakness of existing lithium-ion batteries. Repeated charge and discharge cycles can make the coating materials used to protect the electrodes – particularly the cathode – fragment so that the core electrode materials can come into direct contact with the liquid electrolyte resulting in degradation of battery performance.

Nano One’s answer to this is a new compressed manufacturing process that aims to coat not complete electrodes but the individual nano crystals from which they are made, with a consequent step change in overall battery performance.

As Blondal explains the essential materials technology involved in creating the cathode for a lithium-ion battery involves mixing lithium with other materials and then applying a coating that can provide protection and enhanced conductivity.

Up until now that initial mixing process has invariably involved three distinct stages. The first is making an “interim precursor product” of either iron-phosphate (FP) or nickel-manganese-cobalt (NMC).

The second is the mechanical crushing of lithium, its addition to that precursor material and then the heat treatment of the mixture in a furnace to make lithium migrate into the other materials. 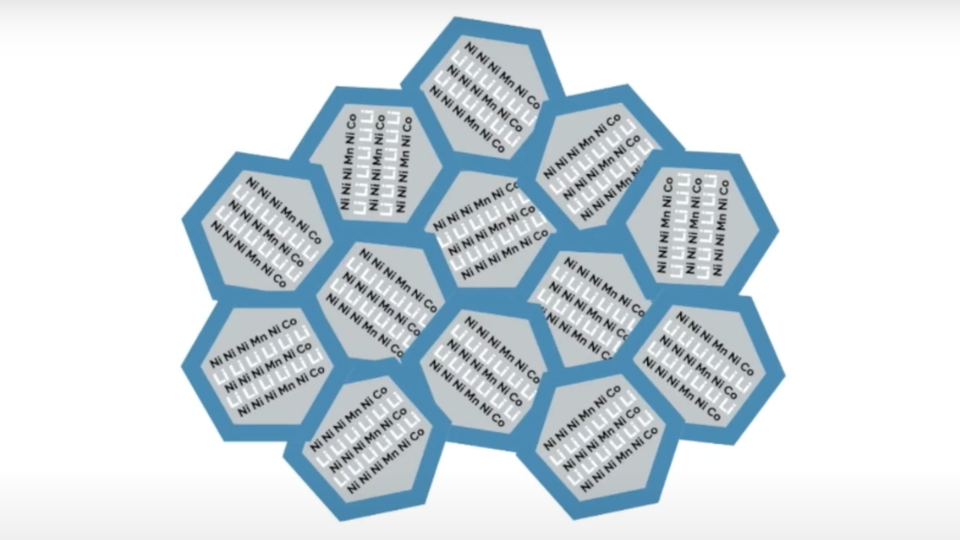 In contrast, states Blondal, the Nano One process obviates that sequence of distinct processes entirely. Instead “it does all those things in just one process in the reactor.” The resulting material would then be mixed with a binder such as carbon black and applied as an ink to the surface of a foil to form the cathode as happens in battery production now.

But more is involved than just a compressed production process. As Blondal further explains the nature of the material it produces – a fine powder of nano crystals in which each particle has its own coating – has significant implications for the performance in use of the cathodes and hence of the batteries they help form.