The drive among all OEMs to rethink and reduce consumption in manufacturing process is sparking innovation. While Honda explores the second-life opportunities of electric vehicle battery materials, Jaguar is making the most of aluminium’s durability. Report by Gareth Price and James Bakewell

Honda is expanding its activities on recycling end-of-life-batteries from electric vehicles and hybrids.

The OEM operates a pan-European arrangement with French firm SNAM that explores the possibility of using electric vehicle batteries in a ’second life’. Alternatively, when battery cells are damaged and unsuitable for ‘second life’ applications, materials such as cobalt and lithium, as well the plastic components, can be extracted and reused.

The process makes use of hydrometallurgy techniques, in other words, aqueous chemistry. It means the extracted metals, which can be difficult and expensive to retrieve from mineral sources, can be reused in the production of new batteries. Other second-life applications include colour pigments or additives for mortar.

Other materials commonly used in electric vehicle battery production, such as copper, have enormous recycling potential for vehicle manufacturers and can be offered to the automotive sector and other markets for a variety of applications. 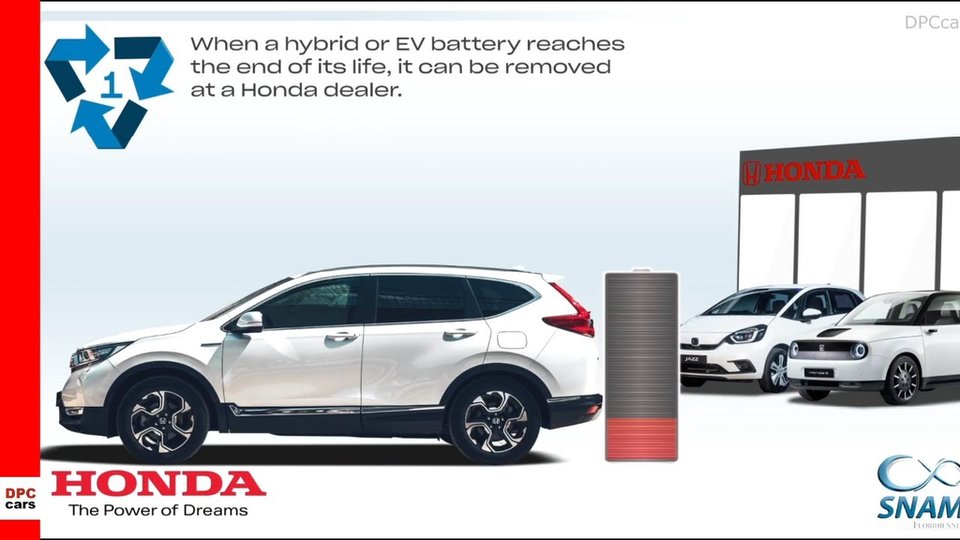 Among the perceived benefits of aluminium in vehicle body structure is its second-life potential – and that’s just for starters.

Approximately 75% of the aluminium ever produced is still in use today. This is vital for its use in EVs and conventional vehicles alike, given that EU directives stipulate that 85% by weight of end-of-life vehicles (ELV) must be reused or recycled, with a total material recovery rate of 95%. Furthermore, the production of recycled aluminium consumes only 5% of the energy needed to produce primary aluminium with the same properties, significantly reducing the cost of using the material.

A number of OEMs are currently exploiting these opportunities with closed-loop recycling systems. Jaguar Land Rover, for instance, currently uses 180,000 tonnes of aluminium per year and is putting systems in place to ensure that as much of this is reused as is possible.

JLR already has already established a closed-loop recycling system for its aluminium manufacturing scrap. Between September 2013 and January 2019, around 300,000 tonnes of such scrap has been incorporated into its vehicles, including the XE. In 2014, the XE became the first vehicle in the world to use aluminium alloy grade RC5754, which is made from up to 75%-by-weight recycled aluminium, for its body panels. Half of the XE’s body structure is fabricated from aluminium alloy grades that contain a significant amount of recycled content.

Aluminium in ICE vehicles helped carmakers to reduce the weight of their vehicles, and similar factors will play a part in EVs such as Jaguar’s I-Pace

Now, through its REALITY project, JLR aims to recover aluminium from existing Jaguar and Land Rover vehicles, and reform it into a high-grade aluminium that can be used in the manufacture of new vehicles.

The process was tested on pre-production Jaguar I-PACE prototypes that have had their batteries safely removed. These batteries were put through a separate recycling process that JLR is developing, while the scrap from the vehicles was sorted using sensor technology supplied by project partner Axion Recycling. Once isolated, the aluminium scrap is melted and reformed.

When operating at full capacity, REALITY is expected to reduce JLR’s production-related carbon dioxide emissions and the amount of virgin aluminium it requires to produce vehicles. As vehicles become increasingly automated, connected, electric and shared, JLR says it will be able to plan for the retirement of large fleets, which will enable it to engineer closed-loop recycling processes into tight production schedules, as the vehicles can be recovered and shredded en masse. 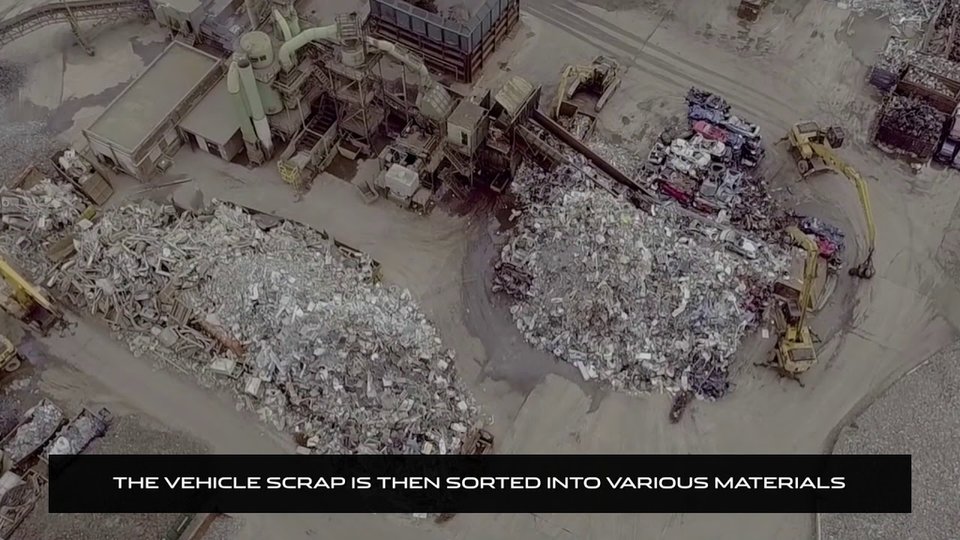 The project lead for REALITY at JLR, Gaëlle Guillaume, says: “More than a million cars are crushed every year in the UK and this pioneering project affords us a real opportunity to give some of them a second life. Aluminium is a valuable material and a key component in our manufacturing process, and as such we’re committed to ensuring our use of it is as responsible as possible.”

The aluminium recycled from the I-PACEs is being tested by researchers at Brunel University in the UK, who are evaluating its strength and purity to ensure it meets the required mechanical standards for the manufacture of body panels for future JLR vehicles.